Enjoy these 1.37 acres of beautiful, secluded, wooded retreat located in Cove Beach, just one block from the ocean and equidistant from Cannon Beach to the north or Manzanita to the south by roughly 8 miles.

While the Post Office considers Cove Beach & Cape Falcon to be part of the town of Arch Cape, they are located south of the cape itself and are surrounded by Oswald West State Park on three sides.

This lot, heavily populated with hemlock, would easily afford first floor glimpses and spectacular second floor views of the Pacific and Gull Rock sea stacks and is host to abundant wildlife, including elk.

Water, from the Cove Beach Cape Falcon Water District, is located at the street and the connection fee has been paid and a meter installed. A septic system is already installed. Electric, telephone, cable TV and cable Internet are available at the street.

Drive US 101 South from US 26 through the Arch Cape tunnel, take the first right onto Cove Beach Road, bear right at the fork, then turn right onto Ray Brown Road. Follow Ray Brown Road past Clatsop Street to the large brown house (79519) directly ahead. The property is to the right from about 15 feet north of the utility pedestals (the corner of the non-existent Tillamook St noted on the plat map) and extends back past the right side of the brown house and to the north and east to US 101. 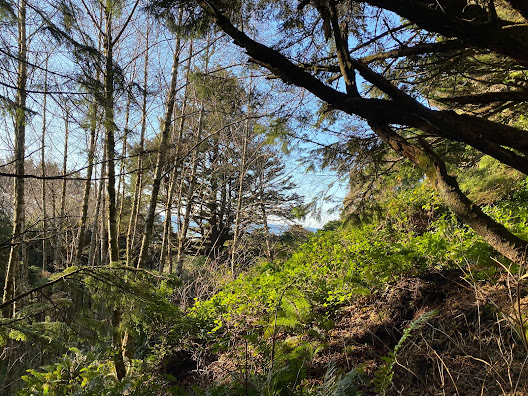 View of Cove Beach to the WNW from the proposed building site. 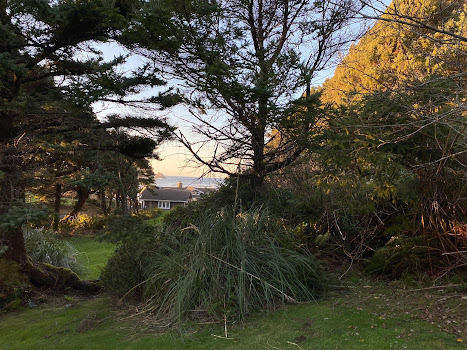 View of Cove Beach to the WNW from the NW corner of the lot. 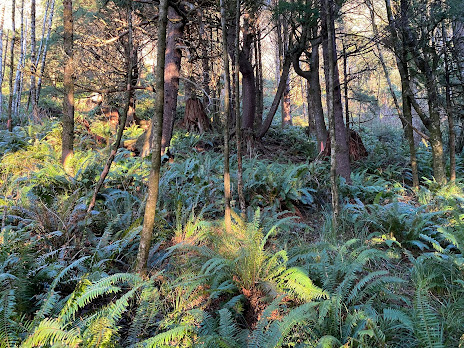 View toward magnetic north and the building site on the left from the proposed driveway. 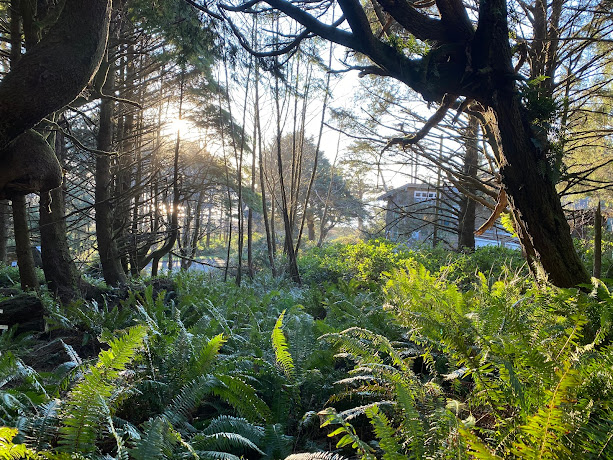 View of Cove Beach from the same location.